India is one of the most diverse countries in the world with a rich culture and heritage. It is also a country that has undergone many drastic changes throughout history. From ancient traditions to modern day political struggles, India's story continues to unfold each day. Whether you're interested in Indian culture and customs or simply want to know more about a place that's so far away, here are some excellent documentaries that provide an intimate window into this fascinating country.

1. The Rich Origins Of India & The Oldest Civilisation - Documentaries about India

Michael Wood travels to India, the largest democracy on earth and home of the oldest continuously surviving civilisation. He explores how Britain’s 19th-century colonial rulers are still shaping our world today through a story that begins at their headquarters in Calcutta – now renamed Kolkata - but soon takes him across the country.

2. Lost Treasures Of The Ancient World - Documentaries on India

This video is about the land of India and their 4,000-year-old civilization. This episode shares how through history, at one point there was an Indus Valley city from around 2000 BC. The story of this people reveals that in later years they created fabulous dynasties among kings as well as timeless belief systems and golden ages of culture (especially with buildings). In the end we come to see how glories such as the Taj Mahal reflect who these unique people are.

The British empire occupied India for years and profited from the country's vast wealth by exploiting its people. But when World War II began, the British Government had to withdraw its troops from India.
This documentary offers an insight into what happened before and after Indian Independence in 1947.

COVID-19 has exacerbated the complex demographic and vast socioeconomic inequalities in India.

5. The Ganges: India's Most Polluted Holy River - Documentaries on India

We explore the compelling stories of the life that's lived along their banks, encountering indigenous communities who dwell in harmony with rivers; modern traders and artisans who make a living there; and vast metropolises which - now more than ever - depend on twenty-first century technologies to keep an ancient water source at bay.

India now has more billionaires than anywhere else in the world, excluding China and America. From glamorous Bollywood weddings to lavish yachts, from building gigantic towers to palaces and holidaying around the world - these new Maharajahs are competing with each other as they spend more on excesses. Although most Indians live below poverty line, these select few derive their wealth from a growing economy of India's'. In this 6-month long investigation we explore how different types of billionaires feel about success: rich heirs or self-made men? What difficulties do they face on their way up? During our probe into this tight circle of Indian billionaires we find out what challenges lie ahead for them.

Aghori is a short documentary about young travelers, Dakota, Jar and Kyle on their spiritual pilgrimage through India where they learn about the Aghori. The holy men of the dead live in cremation grounds outside Hindu society and wear ash from corpses as part of their rituals. In Sanskrit Ghor means that which is terrible- while Aghor means beyond terrible. Their journey to be one with God, or Shiva involves taking what's considered scary or taboo and transforming it into something divine.

Markus Spieker, a documentary maker from Germany, explores the beauty and justice of India’s capital territory: Delhi. With a population of almost twenty million people living in it, there are twice as many stories to tell. Markus takes you into the heart of Old Delhi and Cyberhub – places which range from pleasant to unpleasant- smells emanating out of canteens or exclusive restaurants that some can only afford on rare occasions.

India is a country full of interesting and contrasting stories. Cities like Delhi are growing at an incredible rate, and one can never get tired of exploring the area! Street cafés, exclusive restaurants- this documentary visits India’s biggest hospital as well. We meet star chefs who compete to bake the best pita bread; we encounter cult dancers with different interests than most people have in mind when they think "cult", hard rock fans who break records while still living their day-to-day lives - it's all here for your viewing pleasure in this film!

Mumbai is a city where the rich and poor live side by side. As more luxury skyscrapers are built, slums are forced to make way for them. Conflicts ensue; what is life like in a megacity of 20 million inhabitants?
In Dharavi, Asia's largest slum with over 1 million people living in extremely crowded conditions, we meet Mahesh (27) who was born there and has never left. He runs recycling plant that employs about 20 people today--but the future of his neighbourhood hangs by a thread as it sits on valuable property located right in the heart of Mumbai: real estate magnate Babulal Varma wants to tear down slums to build luxury housing for upper-class families but will Dharavi survive?

In this travel documentary we take a wild and rough journey through India, all while having just a backpack. We start our journey by exploring the beautiful backwaters of Kerala as the summer heat catches on, making way to wander ancient sites like Hampi. Along with these highs and lows come trains that cross vast landscapes in seconds-sometimes between villages without roads or bridges!

If you’re looking for a way to learn more about the country, then consider watching one of these documentaries. You’ll get a complete understanding of the culture and history—and even how it’s changed in recent years. 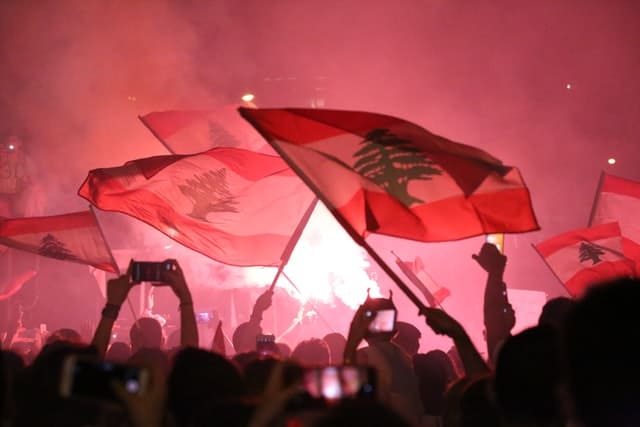