Orthodox Judaism is a branch of Judaism that is considered to be the most traditional form of Jewish practice. Chabad and Satmar are two of the most well known examples of Orthodox Judaism. It is important to note that the adherents to this form of Judaism do not follow all the laws and tenets set forth by orthodox rabbis but only those that are deemed acceptable by their particular group. Orthodox Jews often live in communities, called shtetls, which can be found throughout over parts of Europe and North America. The history of Orthodox Judaism dates back thousands of years but it’s origins started with a group of Jews who tried to return to what they believed was the original teachings and practices from Moses. Here are some documentaries on Orthodox Judaism you might like.

First episode of this docu-series about Orthodox Judaism.

Manchester's Jewish community is a kaleidoscope of tradition, religion and extravagance. Three families and their friends are the focus of this documentary which offers an insight into lifestyles that range from traditional to modern but are bound together by one faith.

The film follows five young people born and raised within the ultra-Orthodox Jewish world who no longer want to remain on the inside. As children they grew up in a closed society where deviation from the rules of conduct is often punishable by ostracism, intimidation or worse. The price these five pay for abandoning their parents and community is steep; however, this freedom comes with its own challenges that must be overcome as adults.

This is a documentary on the Jewish Orthodox Communities of New York. It covers the history of the community, their religious beliefs and practices, and what they're like today.
The Jewish Orthodox Community of New York is a vibrant community but it's not just about religion. They have rich cultural traditions and a sense of responsibility to their community that makes it one of the most unique in America. 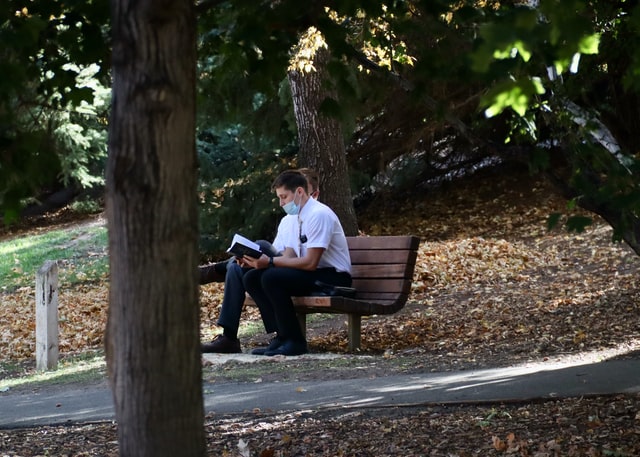