The number of persons killed in natural catastrophes is lower today than in the past, indicating that the globe has gotten more robust.

Earthquakes, on the other hand, can still kill a large number of people. Historically, floods, droughts, and diseases were the leading causes of catastrophe deaths; however, a sizeable yearly death toll now frequently arises from a significant earthquake and perhaps a tsunami triggered by them. Since 2000, the two years with the highest annual mortality tolls (in the tens of thousands) were 2004 and 2010. Earthquake deaths accounted for 93 percent of all such deaths and 69 percent of all such deaths, respectively.  In reality, both disasters (the 2004 Sumatra earthquake and tsunami and the 2010 Port-au-Prince earthquake) are included among the worst earthquakes below.

1. What Causes The World's Deadliest Tsunamis? -Documentaries about Earthquakes

Tsunami is derived from two Japanese terms that signify "harbor" and "wave." A tsunami, rather than a single wave, is a sequence of massive ocean waves known as "wave trains" that occur as a result of abrupt changes in the ocean floor. A huge tsunami is most commonly caused by an earthquake measuring more than 7.0 on the Richter scale. However volcanic eruptions and underwater landslides may also generate them—as can the impact of a massive meteorite, though this is exceedingly unusual.

2. Most Powerful Earthquake in the World Ever -Earthquakes Documentaries

Japan has a long history of earthquakes. Every year, over 1,500 earthquakes impact the island country. Minor vibrations happen almost every day. Earthquakes are a devastating aspect of the country's history.

Because Japan lies above four massive slabs of the Earth's crust known as tectonic plates, the country is prone to earthquakes and disasters. These plates slam and grind together, causing catastrophic earthquakes like the March 11 quake of 9.0 magnitude.

On September 1, 1923, a magnitude 7.9 earthquake devastated the Kanto plain on the island of Honshu. In other spots, the shaking lasted up to ten minutes. The quake damaged Tokyo, which had around 2 million people at the time, and caused significant devastation throughout the Kanto area. The earthquake killed 142,800 people, making it one of the worst in history.

The 1766 Istanbul earthquake was a significant earthquake that occurred in the early hours of Thursday morning, 22 May 1766, with an epicenter in the eastern section of the Sea of Marmara, in the narck Basin (or near the Princes' Islands, north of the Basin). The earthquake was estimated to have a magnitude of 7.1 on the surface wave magnitude scale. Its impacts were felt throughout a wide region stretching from Izmit to Rodosto (now Tekirda). The earthquake was followed by a tsunami, which caused significant damage in this area. The earthquake of 1766 was the last great earthquake to hit Constantinople (today known in English as Istanbul) due to a breach of the North Anatolian Fault in the Marmara region.

The 1964 Alaska earthquake hit Alaska's Prince William Sound, some 74 miles southeast of Anchorage, and was the biggest earthquake ever recorded in North America. The magnitude 9.2 earthquake shook the majority of Alaska's landmass, causing the Space Needle in Seattle to sway 1,200 miles distant. Except for Connecticut, Rhode Island, and Delaware, the earthquake was felt in every state in the United States. The quake also resulted in important scientific advances on subduction earthquakes and how to reduce their destruction.

5. The Lisbon Earthquake - Documentaries about Earthquakes

The Lisbon earthquake of 1755, a series of earthquakes that occurred on the morning of November 1, 1755, inflicted significant damage to the port city of Lisbon, Port., and killed an estimated 60,000 people. Large public structures and around 12,000 houses were destroyed by violent shaking. Because November 1 is All Saints' Day, many people attended mass when the earthquake occurred; the churches, unable to survive the seismic stress, collapsed, killing or wounding hundreds of worshipers. 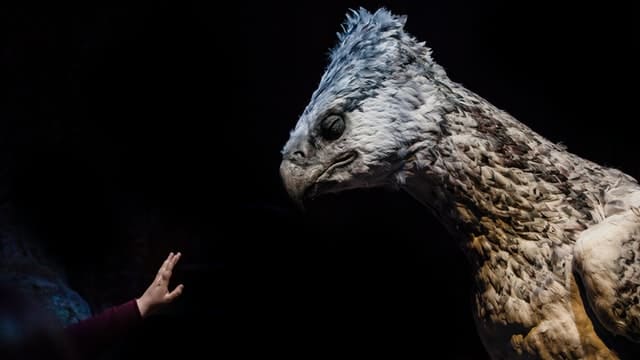